From the Founder: Shoe Dog Revelation – inside a major marketing history lesson from Nike 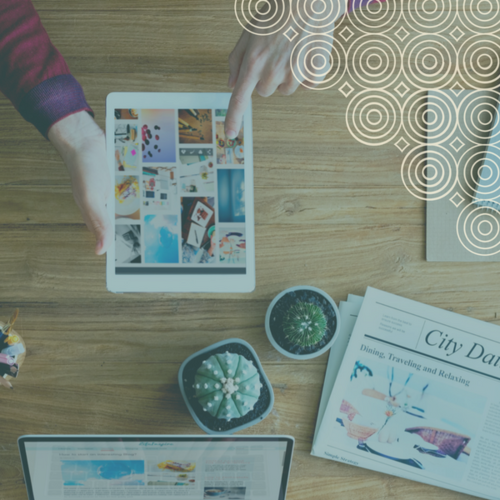 Statistics, facts, and figures. They can illuminate but, ultimately, they are not the persuaders that marketers and message-makers need. Take in this story about storytelling, and then let’s talk…

A startup founder we worked with was inspired by Phil Knight’s book, Shoe Dog. It’s about the founding and growth of Knight’s company, Nike, and the CEO very kindly made a gift of the book to 3C’s own founder last holiday season. On vacation last year, he devoured it, and came back to us with these insights.

I sped through the pages, enjoying it as a biography of the company as much as it was Knight’s personal autobiography.

The book provided inspiration for the opening section of a speech I’ve been writing for another client, comparing running shoes to rocket ships. That’s a story for another time, but the analogy was crafted to make the mysteries of physics and space travel relatable to a non-scientific audience, and I was proud of the way it worked.

I shared all of this – my delight at discovering a quality business book and it being the source of good material for me – at a dinner not too long ago with 3C’s favorite video partners. We were celebrating a successful project and enjoying swapping stories. Inspired by my mention of Nike, I heard the following story from Jason Brown of Cascade Lantern Works.

Jason’s dad is an ad man who worked the Nike account. Think Mad Men but a few decades later and nowhere near as much booze.

Phil Knight and his core team at Nike were, as the book title says, “Shoe Dogs” – hardcore geeks about shoes. They were mostly runners whose love of shoes was the core of the business story they were telling.

As a result, the company’s early advertising placed product front and center. Shoes and specs, shoes and specs. What innovation had they developed to increase the speed and comfort of running? What had they done to reduce stress and injury? The latest models would be featured with all the great reasons to buy it. Shoes and specs.

Jason’s dad showed up one day with a different kind of ad. A picture of a runner, a headline, and body copy. “Where’s the shoe?” Phil Knight and his team asked. “It’s too vague.” “Cheesy.” And the ad went into a drawer. They weren’t going to run it.

And then – supply chain issues with an overseas manufacturer held up a hot new shoe and the ad announcing it that was set to run in a popular runner’s magazine had to be set aside until shoe was on store shelves and available for sale.

Faced with a deadline and no ad prepared, Jason’s dad pulled the non-shoe ad out of that drawer and submitted it. He made history.

There is no finish line.

A lone runner on a lonely stretch of road. Copy that drives emotion instead of touting specifications, modifications, innovations. In Myers-Briggs terms it’s an appeal to Feeling vs. Thinking, Intuition vs. Sensing.

Sooner or later the serious runner goes through a special, very personal experience that is unknown to most people…And from that point on there is no finish line.

It’s about the experience, not the technology.

Beating the competition is relatively easy. But beating yourself is a never-ending commitment.

It’s aspirational and makes the reader use his/her imagination to fill in the blanks for themselves. It’s an implicit challenge and not engaging, not answering, is not an option.

And what happened? According to Jason, letters poured in to Nike’s Beaverton, Oregon headquarters. Runners felt the emotion in the picture, headline, and copy, and wanted to tell their stories.

Nike representatives at track meets and trade shows were mobbed by runners wanting to share their tales, to make a connection with the brand that built on the runner’s high, and not the latest sole or arch support innovation.

Jason told us that even his dad, no runner apparently, became something of a “fan favorite” among Nike loyalists. I rather like that part of the story, where the communications guru ends up the hero.

What about you? Do you have a powerful story of emotion and impact?

Click on the button below to connect with us by email, or post on social using the hashtag #PowerOfStory for a chance to be featured in a future post!